Assassin of Bradford – A4

It is not an authors job to run down my home city of Bradford! Tom Cain manages to do just that by casual, throw away references in his book ‘Assassin’. 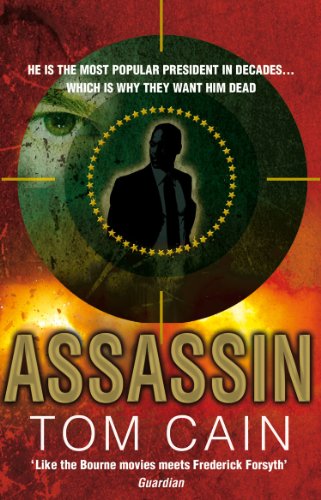 Preface to Yorkshire Book Club (A4)

‘Assassin’ is a fast paced thriller based on a good guy versus bad guy. Both key players are former special forces now operating outside the confines of MI6 and the US Secret Service.
In the murky world of people trafficking and modern day slavery there are winners and losers until a new USA president decides to launch a clean it up campaign in Bristol. Not surprisingly this winds up the profiteers and people behind the profitable industry.
This is a light read of over 500 pages that seem to be finished in next to no time.

Bradford is not a setting for any part of the book but it is used in a cliched manner that raised my hackles. Issue one was a gang of ‘Pakistani’ men who were running a prostitution racket until the villain decides to ‘teach them a lesson’. Then those same Bradfordians are paid large sums of money to create a Muslim protest against slavery in front of the US president on his visit to Bristol. This typecasts a Bradford community with stereotypes to sensationalise an otherwise excellent book.
Oslo was the setting for most mayhem but the plot and characters moved around the world with some of the bad guys living to fight another day.

Do you agree that there were hackneyed references to Bradford and did you find any other trite assumptions.
Were the technical devices credible or was the plot too James Bondish.
Would you read other books by this author?

Carver a sequel has just been published in July 2012.
Other books by Tom Cain.
Tom Cain is the pseudonym for an award-winning journalist, with 25 years experience working for Fleet Street newspapers and magazines in Britain and the US.