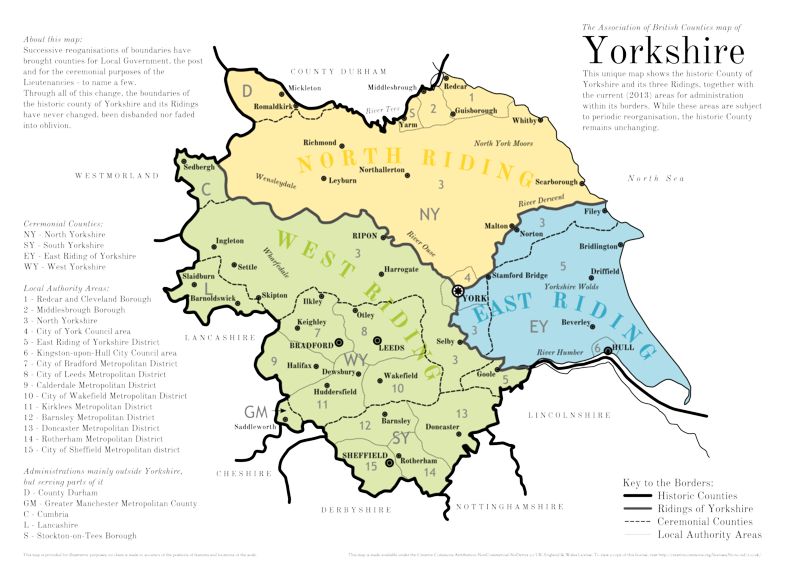 On a map of Yorkshire from the Domesday book the ‘county’ was a significantly larger region taking in parts of Cumberland Westmoreland and Lancashire.

Yorkshire stretched from Hull in the East Ridings to Sedburgh in the north West.

Yorkshire’s boundaries were changed in 1974. It abolished the shires and implemented the much disliked new county’s of Humberside (east Ridings).

Some parts of Yorkshire were given away to:

Instead of the Ridings, Yorkshire was split into North, South and West. There was no East Yorkshire except the disgrace of Humberside!

9 Responses to Original Boundaries of Yorkshire