Interesting Facts About The White Rose of Yorkshire 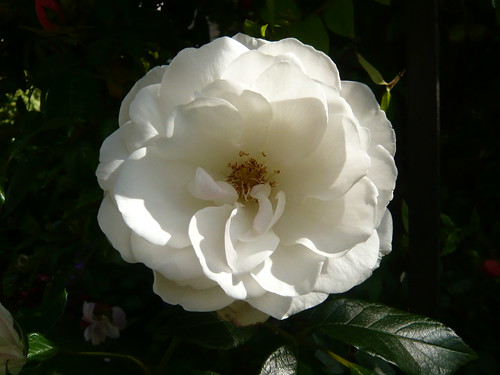 The use of the White Rose of Yorkshire goes back to Edmund of Langley in the fourteenth century, the first Duke of York and the ruling Plantangenets

The symbolism of the white rose is said to relate to the Virgin Mary, who was known as the Mystical rose of heaven. White is a common colour for purity in religious ceremonies.

During the wars of the Roses (Lancashire vs Yorkshire), the forces of Yorkshire fought the Lancastrians who had a Red rose as an emblem. (Why do all Lancastrians have red noses? Because when god was handing noses out they thought he said roses, so they asked for a big red one!)

The War of the roses was ended when King of England Henry VII united the warring factions and symbolically created the Tudor rose.

At the Battle of Minden 1st August 1759, Yorkshire troops from a Yorkshire battalion were able to pluck white roses from close to the Battlefield in tribute to their fallen comrades. Ever since Yorkshire day has been celebrated on August 1st.

The white rose has been or is still used by many different causes as well:

During the Second World War, German students who resisted Hitler’s Nazi Regime founded the White Rose league – a movement seeking to overthrow Hitler and his party.

The White Rose Universities is the group of Leeds, York and Sheffield universities.

White Rose business Awards for 2013 opens for application in March. It is managed by ‘Welcome to Yorkshire’.
White rose shopping centre is owned and managed by Land Securities and may feature hidden away in many Yorkshireman’s pension investments in some form.

The White Rose credit union operates out of Wakefield the capital city of Yorkshire.

6 Responses to Interesting Facts About The White Rose of Yorkshire