Rights of Way – Rights of Bradfordians 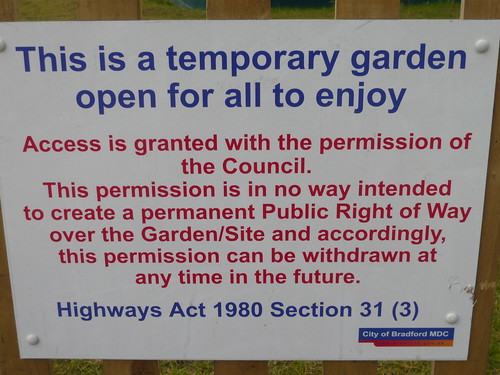 Should this be called West Field or Bradford Folly Foot in mouth?
Without a better name ‘Temporary Park’ will have to do! 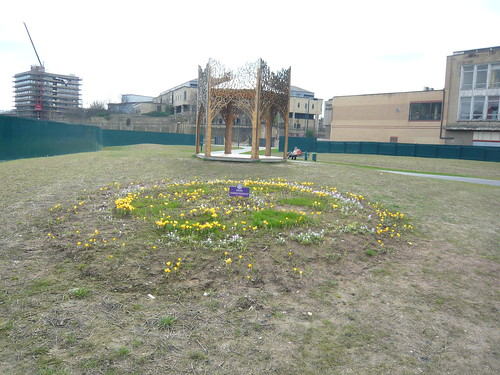 It peeved lots of Braford citizens when Forster Square was decimated and the rights of way along Broadway were hacked around to suit the councils remodeling plans. Planning was approved over 8 years ago.
It is a bit rich telling us that making the eyesore slightly less ugly is not creating a new right of way.

I guess a right of way is the last thing Bradford folk want and if the council need more feed back then they should first act on what they have already been told. Councillors could reflect in the City Hall lake for example.
The next local elections is likely to demonstrate a total lack of belief in the council. 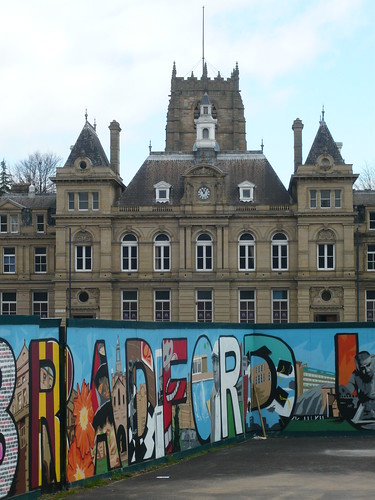 See the internal photographs of the New Vic or Gaumont before 3 more years of abject neglect.