Hard Reading? I Think I Am OK

A sad indictment of some family folk and the inappropriate care system in West Yorkshire. Yet an uplifting story of a hard life that seems to be turning out OK. 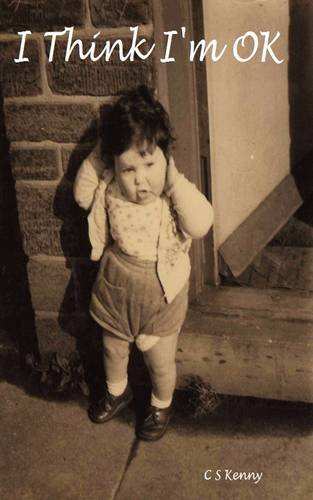 In Christopher Kenny’s own introduction you get a sense of what to expect:
‘In 1970 I volunteered to leave my family home and enter William Henry Smith School, an institution for maladjusted children near Brighouse in West Yorkshire, I was 11 years old.

After almost two years it became apparent that I had exasperated all efforts to control my behaviour and was no longer welcome at the school. This was a pattern which continued for the next few years of my life.

I was moved from a children’s home in Bradford to a secure unit in York from which I managed to escape on two occasions. I was then sent to an Approved School in County Durham.

As incredulous as it may seem, at the age of 14 I was expelled from the Approved School and returned to another children’s home back in my home town of Bradford. True to form I was kicked out of this home too.

The above is pretty much the sum of my family and friends knowledge of my childhood, and to be fair, it’s hardly surprising that I was judged, frowned upon and quite often avoided like a crusty pair of Y fronts.

I am now 53 years old and have managed, thanks to the Freedom of Information Act, to obtain official records held about me from those early days. I have also managed to acquire the cojones to let all and sundry know the truth.

As I have used my real name, I felt it was only right that I use the real names of other guilty parties, the ones who should have known better.

If you are interested in reading a true, openly honest, occasionally sad yet often humorous memoir, please do buy my book, “I Think I’m OK.” I assure you it’s far from a ‘misery memoir.’

Oh, I guess I should point out that there are a few of them there naughty sweary words included . . . sorry about that.’

What you don’t get is a sense of the humour and pathos generated in this amazingly blunt biography.

The writing style is receiving many plaudits and you wont find it ‘hard reading’ despite the subject matter and problems the author encountered during his early life.

Some tight folk downloaded the Kindle version when it was free. What good value they got but the price of a book or download is a small price to pay to learn about the price Christopher has already paid.

A worthy contribution to our Yorkshire book of the month series.